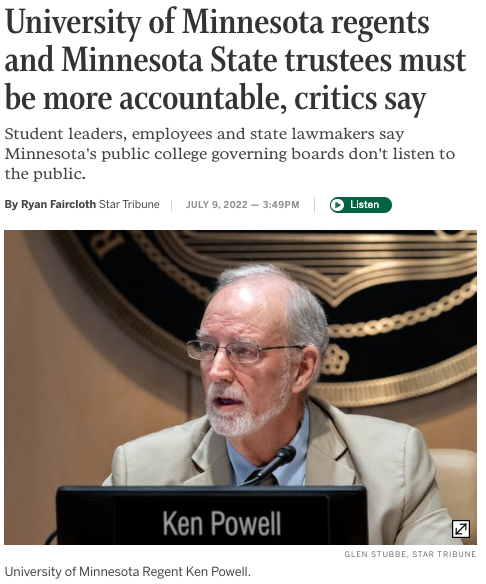 Two former student members of the board of trustees, Ashlyn Anderson and Oballa Oballa, said they think some board members make up their minds on important decisions before hearing from students and other stakeholders.

Anderson said she was told not to criticize board votes she disagreed with. "There were very few decisions that weren't unanimous," she said.

Oballa said he doesn't think older members of the board fully understand the struggles of students "because they don't live in their shoes."

The board voted at its June meeting to increase tuition 3.5% this fall. Before the vote, LeadMN representatives showed board members a recent survey of more than 1,500 students that found 97% opposed the tuition increase.

Cowles said the board's hands were tied. The Minnesota State system relies heavily on tuition and state funding, but the latter has not kept up with inflation. And lawmakers did not fund Minnesota State's last two requests for a tuition freeze.