The Star Tribune reported on LeadMN's effort to change the culture at Minnesota State after allegations of harassment and discrimination were brought against a college President.  Read the full article here. 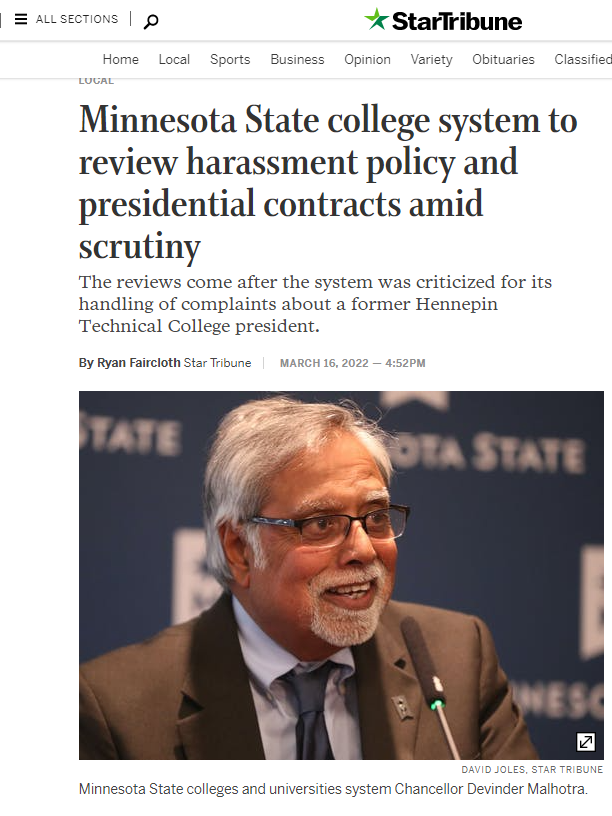 "It is clear that there is a larger systemic issue here that can no longer be ignored," said Axel Kylander, president of the community college student association LeadMN. "It is time to change the culture at Minnesota State."

System leaders are reviewing the harassment and discrimination policy and will propose changes to the board in May, Malhotra said. Minnesota State leaders found that Irving made "derisive statements about individuals of a protected class" but determined his comments were not "pervasive or severe" enough to merit being a violation of the current policy. Malhotra said an updated policy needs to be "more responsive" to prevent similar situations from occurring.

Kylander argued the board should tap an outside expert to review the harassment policy instead of the system office.