The Star Tribune covered how significantly fewer Minnesota high school seniors are completing the FAFSA form this year.  That is a leading indicator for college enrollment next fall. LeadMN is responding to this decline by asking that high schools make the FAFSA form mandatory for graduating seniors. This idea has boosted college enrollment in the two states that have tried it.

Mike Dean, executive director of the statewide community college student association LeadMN, said many students never complete the FAFSA because they do not think they will qualify for aid. About 53% of Minnesota high school seniors completed the financial aid form in the previous academic cycle, ranking 41st nationally, according to the National College Attainment Network.

LeadMN is asking state lawmakers to make the FAFSA a high school graduation requirement starting in the 2023-24 school year.

That would coincide with changes at the federal level; the COVID-19 relief bill passed by Congress in December reduced the number of questions on the FAFSA from 108 to 36.

"We're just not keeping pace with where we need to be," Dean said. "Without dramatic change, we're going to start falling behind." 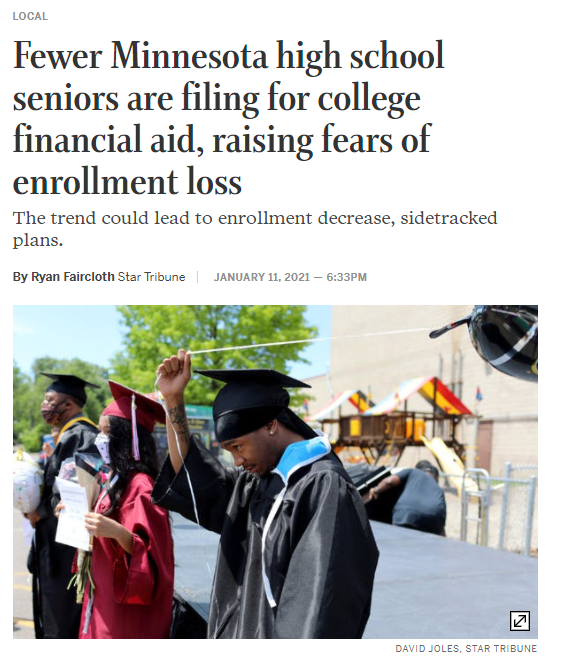