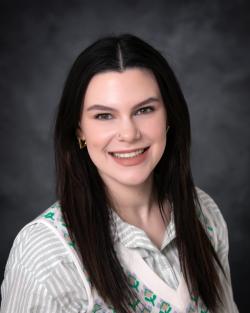 Bridget Ritzer (she/her/hers) started out her college career at Century Community College in 2016 and immediately became interested in politics and advocacy. She interned as a legislative assistant at the Minnesota State Senate and then at the Minnesota State House the following year shifting her focus toward field work. As a proud alumni of Century College, Bridget was invited to speak as a panelist discussing Minnesota’s legislative process and advocacy opportunities.

Bridget graduated from the University of Minnesota in 2020 with a Bachelor's degree in Political Science. Since then she has worked on 3 major political campaigns as a Field Coordinator and Campaign Manager and played a valuable role in creating a Campaign Workers Union.

In her current role as Lead Organizer, Bridget is excited to use her organizing background and advocacy skills to empower and uplift Minnesota's two-year college students. She is looking forward to getting out into the community and making viable and lasting connections with students.

Bridget enjoys taking her puppy to the park, creating editorial makeup looks, game nights with friends and spending time with her niece and nephew.