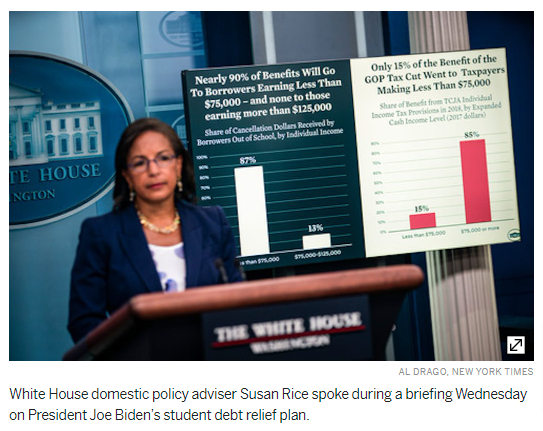 Most graduates with loans can have up to $10,000 forgiven.

Mike Dean, executive director of the community college student association LeadMN, said the proposal to cover borrowers' student loan interest will aid current and future college graduates. Borrowers with large amounts of debt often report their core balances have hardly budged after they have paid thousands of dollars because of compounding interest. "I'm hearing stories from students that they've been making their monthly payments, but their debt continues to grow. To me, that is the most harming to students," Dean said.

To permanently address the issue of student loan debt in Minnesota, Dean said state lawmakers will need to hold colleges here accountable for tuition hikes. If they don't, future
students will continue to carry large amounts of debt.

Students from two-year technical or community colleges bear the biggest financial burden from loans, according the U.S. Department of Education.

Student Henri [Mingo] said that her loans from four years at Minneapolis College already cause her anxiety as she gets ready to look for a job. She is carrying $5,500 in student debt, a number she expects to grow. [Mingo] plans to graduate with a graphic design degree in the spring.

Before Wednesday’s announcement, she worried she would have to jump at the first job offer just to pay off the loans.

"It it allows me so much freedom from this massive burden on my back that I've been carrying for the last four years," [Mingo] said.

"This gives them some breathing room, that's going to allow them to, quite honestly buy groceries, allow them to maybe start thinking about moving from an apartment to a house, that's gonna allow them to have transportation freedom of buying a car," said Michael Dean, executive director, Lead MN, a group that represents community and technical college students across the state.