As we wrap up another school year, LeadMN is celebrating our successes from 2021 - 2022. From returning to in person events following the pandemic, to bringing students together from across the state to talk to legislators in Saint Paul and Washington D.C., it has been a successful year of growth and advocacy. 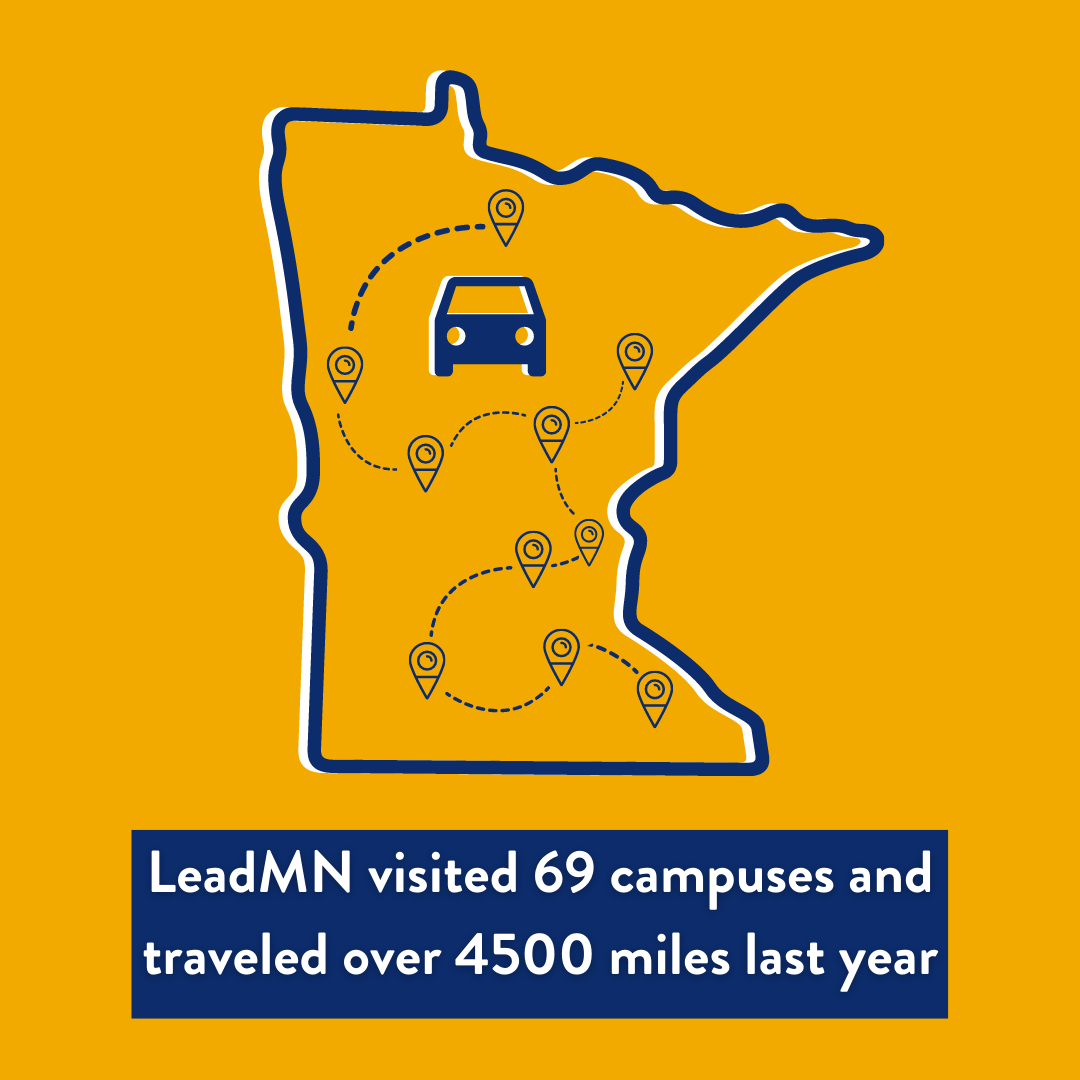 Here are some of our big wins from the past year:

After a year and a half of all-virtual programming due to the Covid-19 pandemic, LeadMN returned to in person events for the 2021-2022 school year. Hundreds of students from across the state came together for leadership development, equity and inclusion trainings, networking, and of course - a little fun.

From Welcome Week to National Voter Registration Day to Campus Flu Clinics, LeadMN was all over talking with students about issues like college affordability, mental health and basic needs support, equity and inclusion, and more.

At the Minnesota Student Voter Summit on April 22nd-23rd, 30 campuses from across the state drafted action plans to help students on their campuses get out to vote in the upcoming midterm election.

LeadMN's annual survey provides data that informs our advocacy efforts at the state capitol and in D.C. According to this year's survey, 90% students are struggling to pay for food, 42.5% have considered dropping out of school, and the top reasons students considered dropping out were emotional stress (33%), financial pressure (18%), Covid-19 (9%), and child or family care (8%).

5. LeadMN appeared in the media 51 times.

Over the past year, LeadMN appeared in the media 51 times. We were recognized for the ways we have supported students, and quoted as policy leaders and experts in the Minnesota higher education space.

6. LeadMN filed a lawsuit against Minnesota State to protect the organization's autonomy to make decisions that are in the best interest of students.

In spring 2022, LeadMN filed a lawsuit against Minnesota State, who denied students the ability to make the decision to increase their fee to fund greater resources and services from LeadMN. This was a critical step in holding the Board of Trustees accountable to those they are supposed to serve - the students. 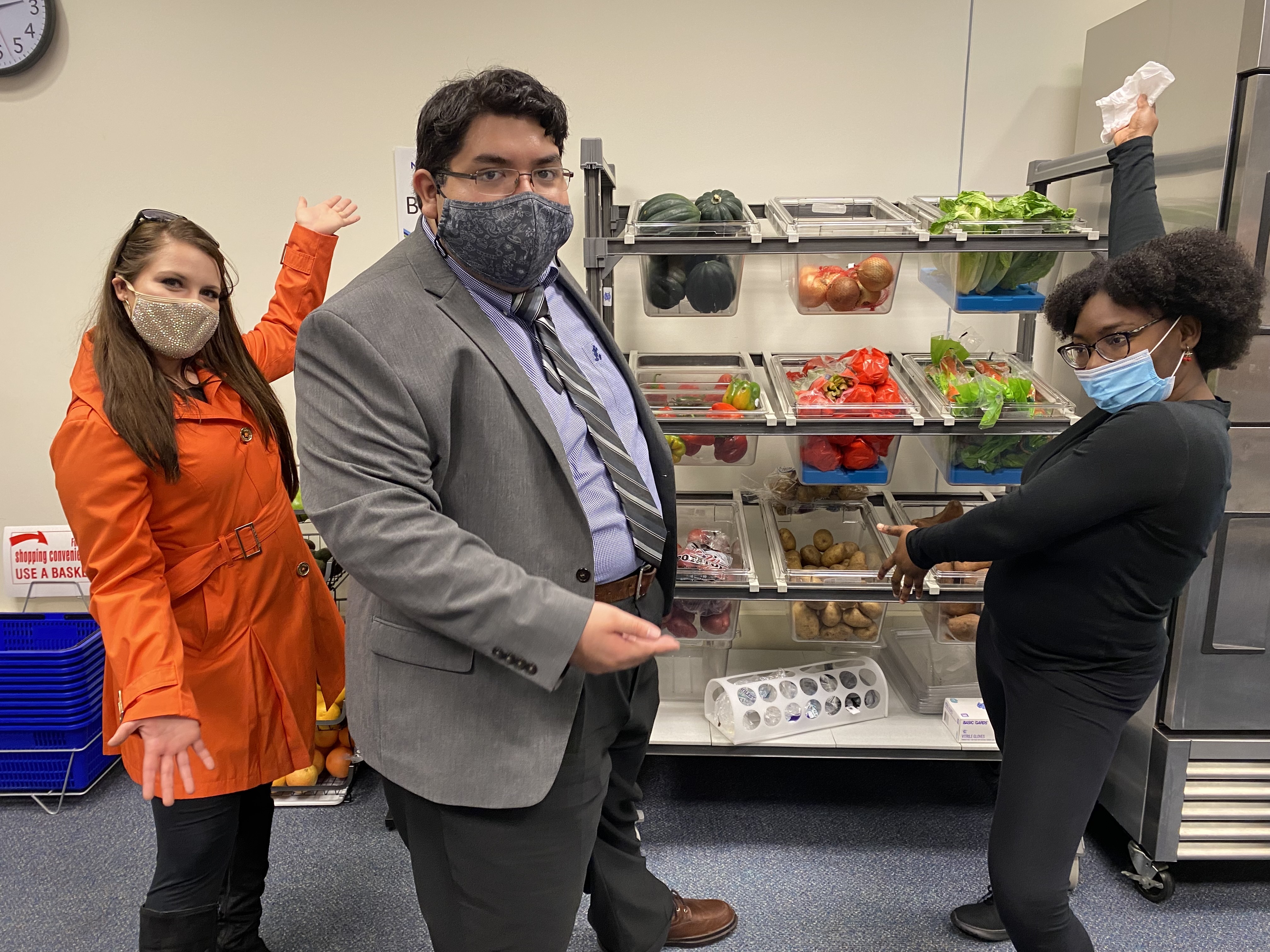 Ali, David, and Priscilla show off food from the North Hennepin food pantry. At each Hunger Free Campus ceremony, the team toured each campus's food pantry or distribution process.

As part of LeadMN's advocacy efforts, students sent 11,400 letters to elected officials urging them to make college affordable. These letters led to the Minnesota House of Representatives passing a Free College Grant Program, and the federal government increasing the maximum Pell Grant.

LeadMN has led the way in Minnesota in terms of pushing for legislation that supports student basic needs and fights food insecurity. This year, we celebrated the successes of campuses who have created a food pantry or distribution process for their students. 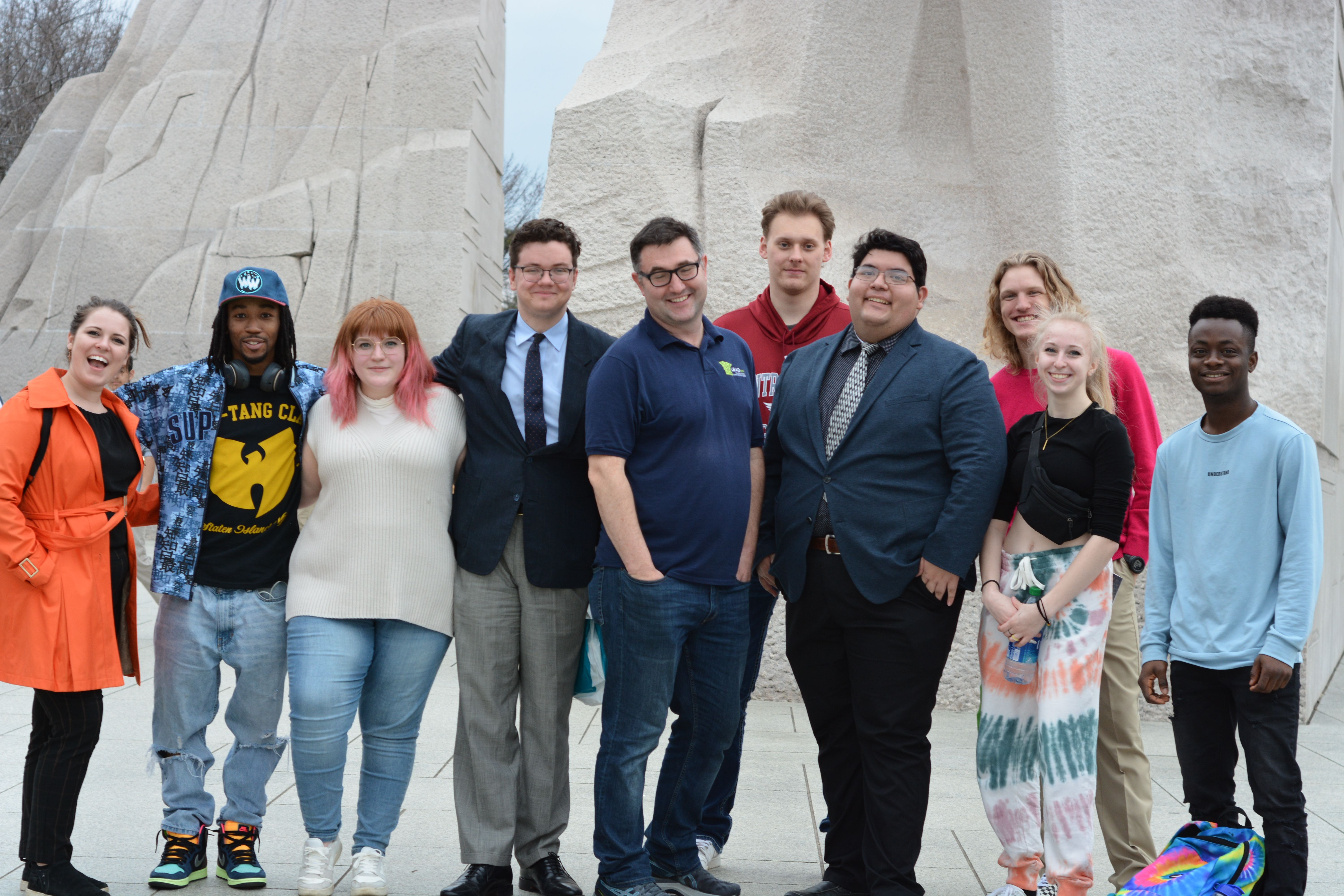 One of LeadMN's main priorities is getting financial resources directly to students to help them fund their education and cost of living. Each year, we give away tens of thousands of dollars in scholarships, and offer smaller grants to students facing extenuating circumstances who need the extra funds. Our annual gala, generous donations from community members and alumni, and silent auction all help to fund these awards to students. Additionally, LeadMN Treasurer Marcelus Ifonlaja launched two new fundraising endeavors through the LeadMN hoodies and volunteering at Target Field, which have brought even more money to these critical programs.

Dozens of students traveled to Washington D.C. at the D.C. Summit to speak with Minnesota's congressional district about college affordability. This resulted in Congress passing legislation to increase the the maximum yearly Pell Grant by $400, the largest increase in over ten years.

After lobbying in Washington D.C. and sharing student stories about the burdensome cost of textbooks, Congress passed a spending bill that expanded funding for OERs to $11 million, a $4 million increase from last year.

12. LeadMN advocated to make student basic needs a priority of the federal government, resulting in $8 million for competitive grants to colleges.

These grants will "support programs that address the basic needs of students and report on best practices," and is part of the $76 million spending bill for the Fund for the Improvement of Postsecondary Education (FIPSE). 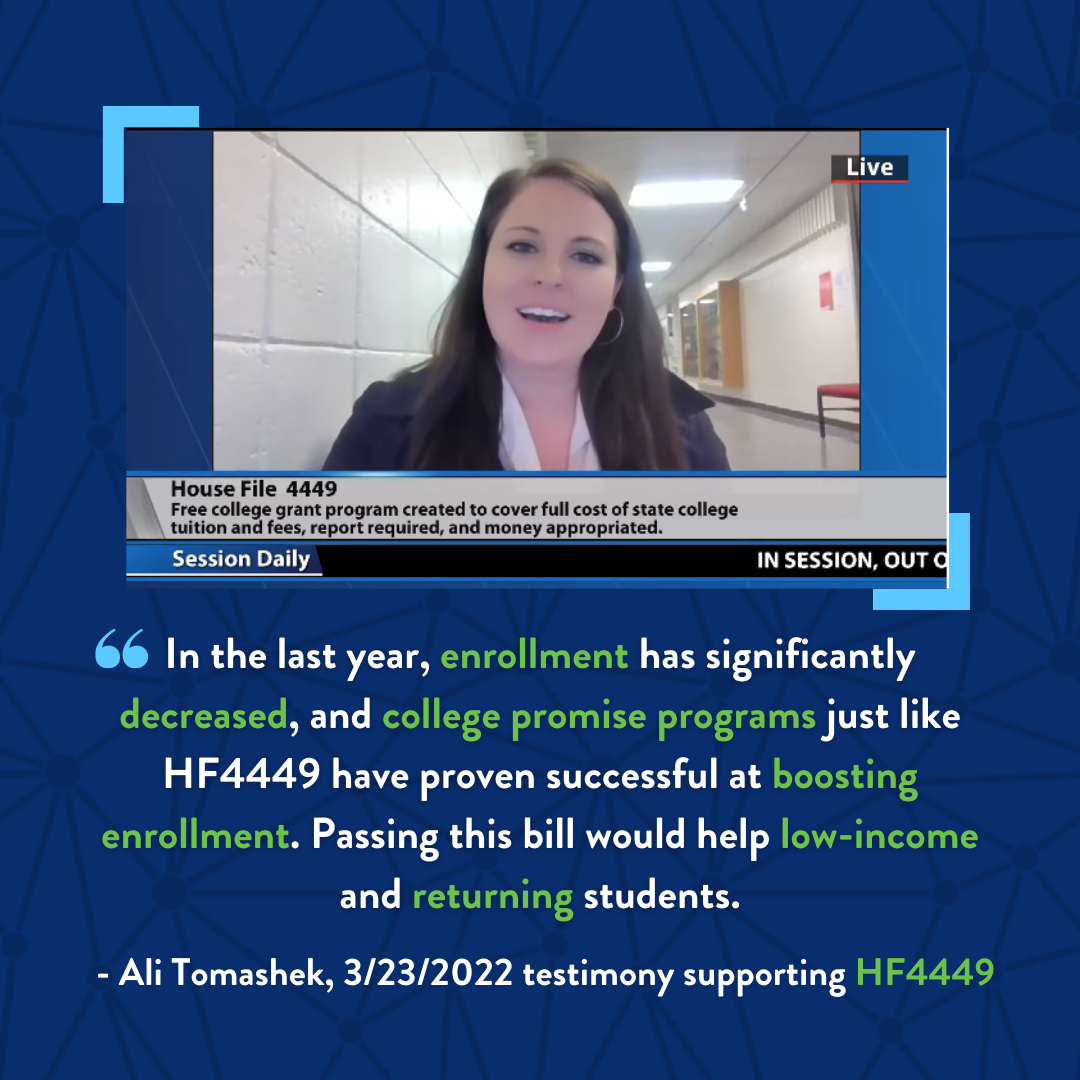 For students in need, there are several local, state, and national resources - but these can be challenging to track down. LeadMN created a centralized resource for student basic needs to help ease the process.

14. LeadMN students testified 12 times in front of committees in the Minnesota legislature.

15. LeadMN student advocacy led to a free college grant proposal in the Minnesota House of Representatives and $1 million in student mental health support.

Though LeadMN's legislative priorities did not pass the Minnesota Senate, student testimony garnered support in the Minnesota House of Representatives and multiple bills passed.