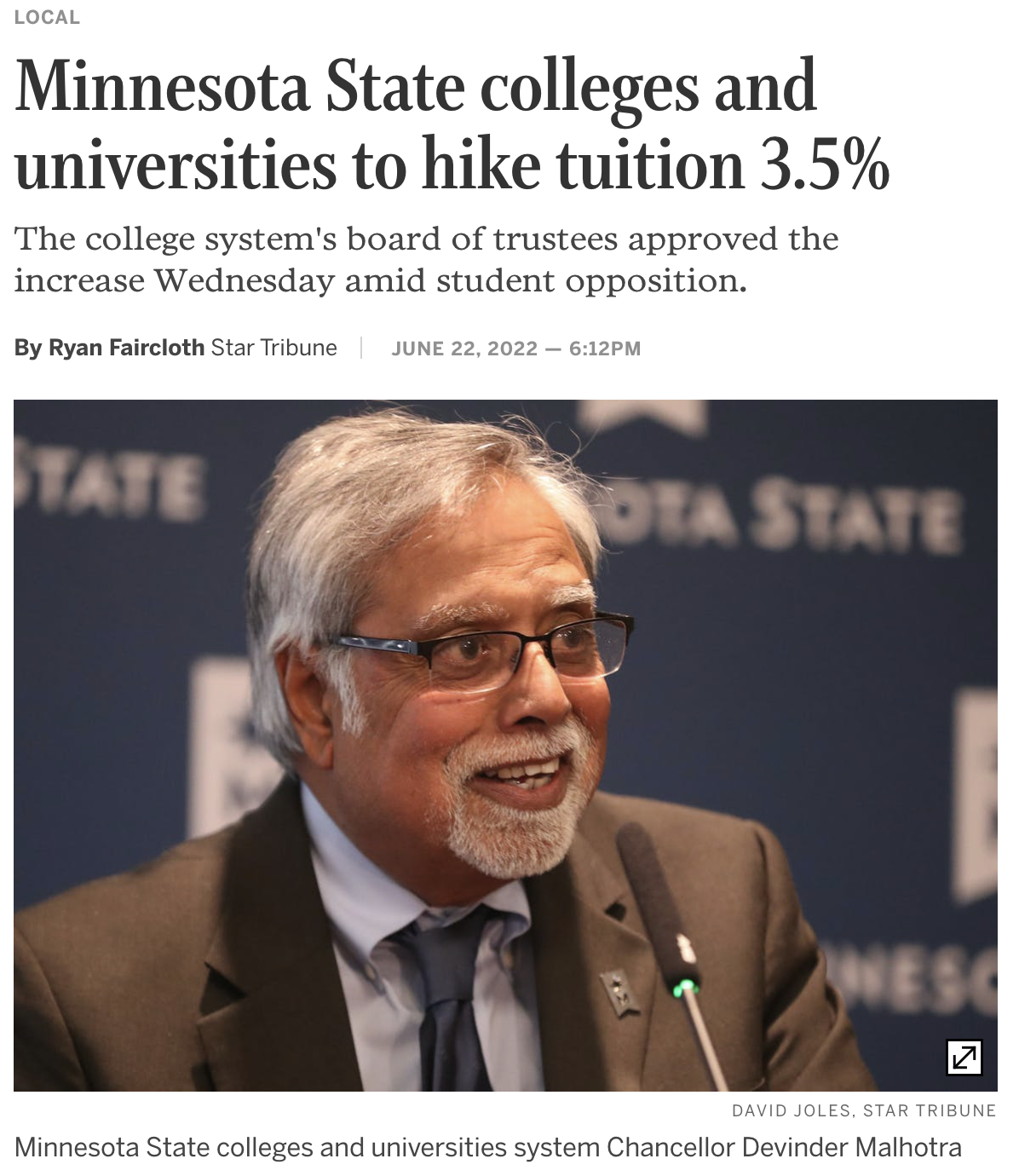 A screenshot of the news article from the Star Tribune reads "Minnesota State colleges and universities to hike tuition 3.5% The college system's board of trustees approved the increase Wednesday amid student opposition."

The Minnesota State Board of Trustees approved a 3.5% tuition hike despite student opposition this week. Read the full story.

Many students were opposed to the tuition increase, according to the community college student association LeadMN. The group surveyed more than 1,500 students about the tuition increase before Wednesday's meeting and found 97% opposed it. Half of those students said they would be less likely to stay enrolled at Minnesota State's colleges if tuition went up.

"This is the destructive spiral Minnesota State has been caught in for years now," LeadMN President Axel Kylander said. "Enrollment declines, tuition goes up, then enrollment goes down even more and it's no mystery why."