Today marks the 50th Anniversary that Minnesota ratified the 26th Amendment—the amendment that guaranteed 18-year-olds the right to vote in all US elections and outlawed age discrimination among eligible voters. Throughout this landmark anniversary, we celebrate the youth vote, while recognizing that barriers facing young people, and particularly college students, have prevented us from fulfilling the full promise of the 26th Amendment.

The History of Minnesota's ratification of the 26th Amendment

A fresh arctic air descended on the state capitol as two men plotted to make Minnesota the first in the nation, feverishly calling aides of Minnesota’s congressional delegation to see if the legislation had passed.

At 3:04 in the afternoon the Minnesota Senate was brought out of recess to pass the legislation unanimously. The Minnesota House voted a mere ten minutes later, sending Minnesota into the history books as the first state to pass the 26th Amendment to the US Constitution, which lowered the voting age to 18.

Fifty years ago today, conservative Majority Sen. Stanley Holmquist and DFL Governor Wendell Anderson reached across party lines to address the injustice of young people being sent to war without a voice in who sent them there. The pair’s effort was a dress rehearsal for their work a few months later to pass legislation known as the Minnesota Miracle, a groundbreaking reform package that addressed funding disparities and made Minnesota the Education state.

The two men knew on both occasions that empowering young people to vote and giving them a quality education is the best way to invest in Minnesota’s future. At that time young people felt hopeless as the Vietnam war raged on and high employment sparked fear of a generation gap that could lead to a youth rebellion. 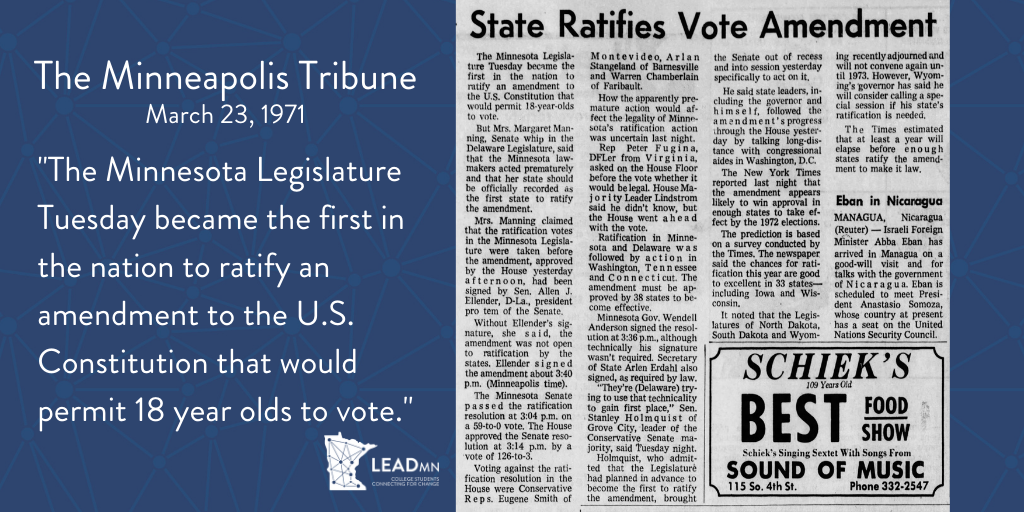 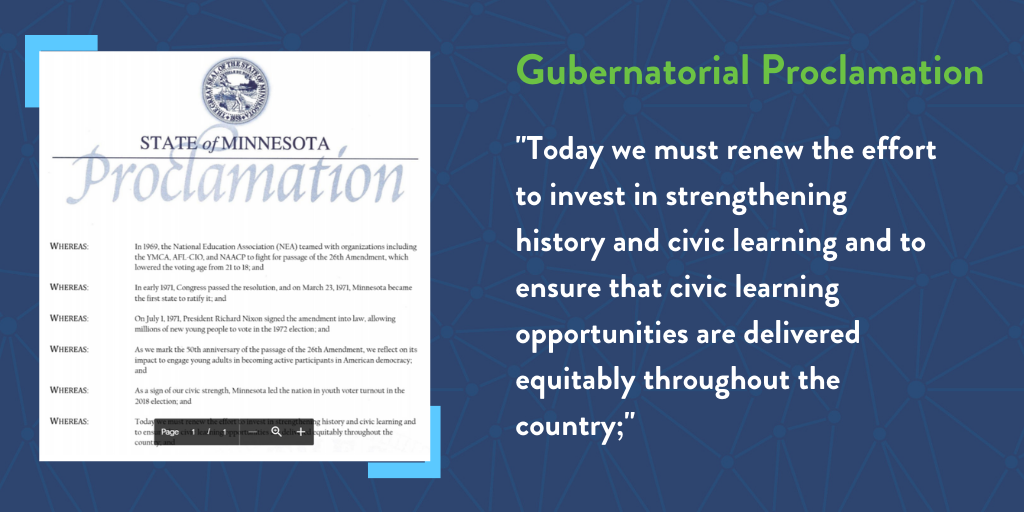 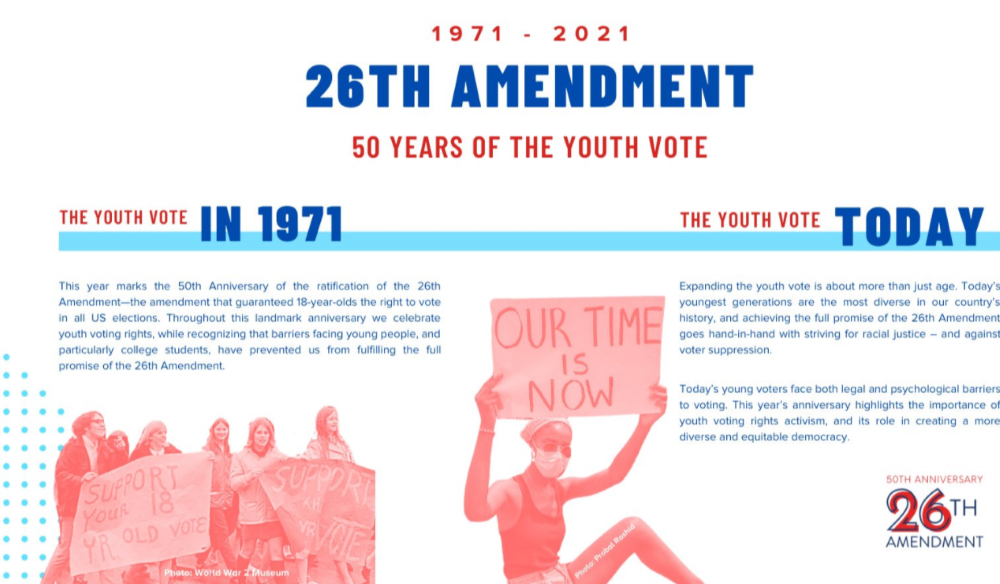