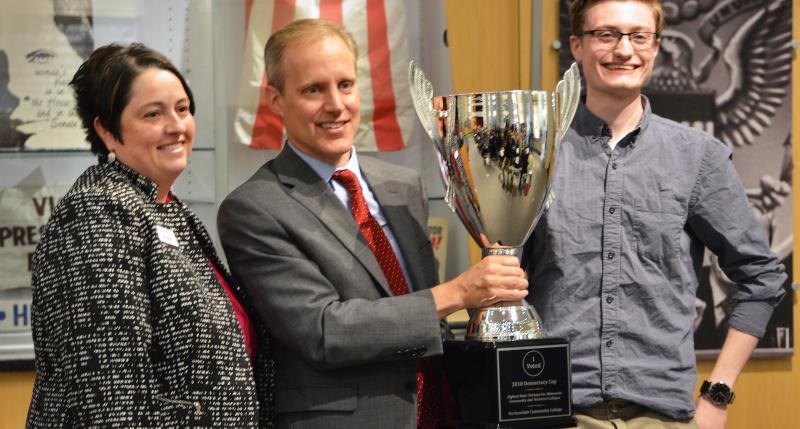 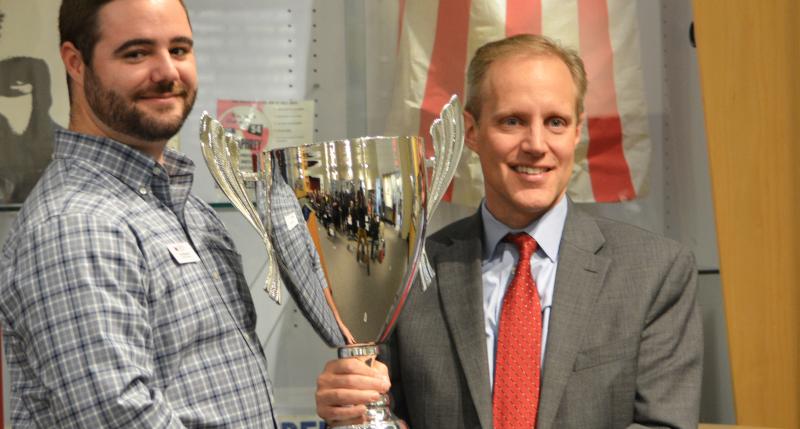 Congratulations to our winners and we hope those numbers continue to rise in the years to come!

Representatives from LeadMN, the University of Minnesota - Twin Cities, and Augsburg University participated in a panel discussion led by Pat Kessler of WCCO focusing on youth organization, mobilization, and today's political climate. When asked if today's youth are disillusioned, most of the students answered in the affirmative. It's clear that young people today are different than past generations in many ways, but especially in how they participate civically. They feel disillusioned because looking at who is running in most elections, it's usually older people who are perceived as not caring about what youth want, brushing off their ideas, and not addressing the issues they care about. The students claim that youth today is disillusioned with the system because when the status quo doesn't give you a seat at the decision-making table, there is no incentive to participate. The system is rigged against them.

The final question of the panel was if the students are optimistic about the future. LeadMN Vice President, Priscilla Mayowa said, "Yes and no. I'm optimistic that things will get better. Now that younger people are participating more frequently, the ideas from these communities will be brought forward. I'm not optimistic about the near future - there's not a lot right now that's showing us what will happen and it's all up in the air. In the far future, I can see something happening."

During her presentation and panel discussion, Dr. Kawashima-Ginsberg focused most on growing voters together. She believes there needs to be a shift from "mobilizing voters" to "growing voters," as young people are unsatisfied with the current two-party system, creating barriers to participation in elections. We can expect young people to be a voice in their communities because they truly care about the issues and feel like even when they are civically engaged, it is not doing enough.

Right now, voting is one of the most important key points to civic life and we saw a 115% increase in youth voter turnout compared to the last midterm election. The youth wave is real, and we need to understand that while their approach may be slightly different than what has worked in the past, we must trust when they say, "we can do it!" because as we've seen in the last election, they truly can. When trying to increase youth civic engagement, it needs to be visible, youth-led, meaningful, and welcoming, which will create a strong, growing ecosystem for voters.

Since taking office, Secretary of State Steve Simon has been determined to encourage youth voters to continue the trend of being number one in the nation. He believes that young voters need to be approached differently and even the slightest difference in language can have a large impact. Instead of telling them they have to vote because it's the right thing to do, we should encourage them to "be a voter." We must shift the culture of voting away from the belief that youth are apathetic and disengaged and show them that voting is what gives them power.

"On your eighteenth birthday, you get formal political power. If you fail to use it, you leave that power at the table. Failure to vote is not an act of rebellion, it's an act of surrender."