The 2020 Census was one of the most challenging in this nation's history with the onset of the pandemic, just as census forms were being mailed out to people across Minnesota. The census work for LeadMN began in the fall of 2019, and this early start was critical to the success of our awareness campaign.

Starting in January we began speaking with classes across the state and by the time that classes moved online we had over 5,000 students commit to complete the census. Then in June we ran an online contest for students to complete their census forms with over 750 students participating in that effort. That effort alone helped generate $13.5 million in federal funding back to Minnesota by helping those students complete their census forms. This work would not have been possible without the support of the Minneapolis Foundation, St. Paul Foundation, and F.R. Bigelow Foundation.

National Voter Registration Day, Voter Education Week and Vote Early Day For years LeadMN has participated in the National Voter Registration holiday and this year that one day was expanded to three events. LeadMN worked to support campuses and non-profits across the state during each of these events by regranting money to institutions and offering technical support. Each group created their own plans on how they could engage their own community, from fun contests to online events. LeadMN helped students develop a voting plan the last month of the election to help students plan ahead. Over 1,100 Students shared some amazing stories on why they were voting. 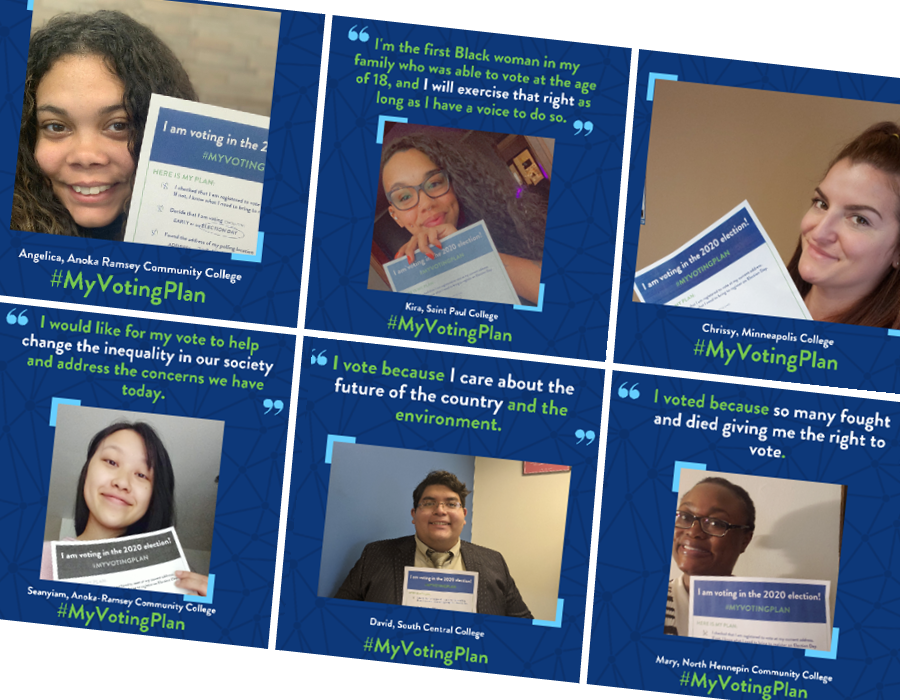 In partnership with the Minnesota Secretary of State’s office we launched the Democracy Cup, a challenge between colleges and universities across Minnesota on which institution has the highest voting rate according to the National Study for Learning, Voting and Engagement. We released pre-election rankings earlier this year.

A Shot at a Healthy Democracy

The pandemic created some unique challenges for how we engage students in voting. We worked to connect public health with our democractic engagement by providing students with a free flu vaccine and at the same time registering them to vote.

After poll worker shortages across the country during the presidential primaries in the spring, there were concerns about traditional poll workers not showing up on Election Day because of the pandemic. LeadMN worked with colleges and universities across the state to recruit student poll workers to help fill that void.