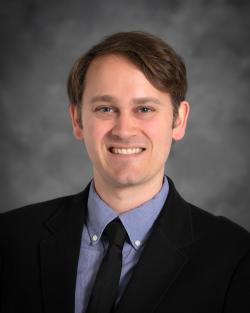 Brandon Boat graduated from Gustavus Adolphus College in 2008 with a B.A. in History. He then left the country to teach English in Busan, South Korea. Brandon came home to Minnesota where he served in AmeriCorps for two years, providing direct services to those in affordable housing with CommonBond Communities. His next step was turning a passion into a job by co-founding Danger Boat Productions and The Theater of Public Policy. From there he performed in and planned over 400 events throughout Minnesota and around the country, while using comedy to get people excited about civic issues. He has also held numerous artistic residencies and had the fortune of serving on boards for several organizations, including the Young Nonprofit Professionals Network, MPR’s Generation Listen, and the Kingfield Neighborhood Association.

In his current role as Manager of Programs and Event with LeadMN, he works to empower students by producing events and providing opportunities for leadership development.

He enjoys spending his free time cooking, performing improv, traveling and spending time with his wife Ashley, his son Arie, the baby on the way, and his dog Kimchi.