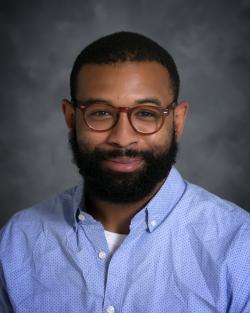 Dominique is dedicated to improving his country and his community. He is a veteran of the United States Navy and an advocate who demonstrates a history of working to improve access to food and housing security within his community.

In his first year at Minneapolis College, Dominique supported and served his college community. In his first semester, he became the secretary of the Student Veterans Association (SVA), Senator of Legislative Affairs (student senate), and Secretary of SLBC (Student Life budget committee). In his second semester, Dominique became Interim Vice-President of the Student Senate and founder of the Black Student Union and Black Student Union’s Free Breakfast Program.

Dominique carried his passion for community service into civic engagement work as a fellow with LeadMN, President of Student Senate for Minneapolis College, and Platform Committee alternate for the Metro West region.